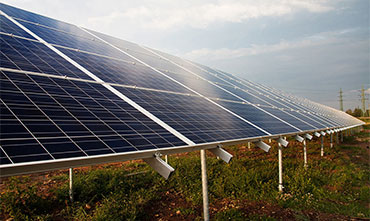 The renewable energy incubator also pilots new technologies in the country. The incubator is currently piloting and implementing bio waste to electricity projects in partnership with Husk Power System Pvt Ltd, India. A human resource exchange programme aimed at building capacity of Ugandans to operate and maintain biomass gasification power plants has also been implemented. This is facilitated by Fredskorpset Norway.

The renewable energy incubator implemented a pilot in September 2012 in Tiribogo Village, Muduuma Sub-County, Mpigi District. Power generated is used for household lighting and heating, a 5km grid supplies power to over 100 households

In 2013, three other plants were imported, to be operated by  3 companies (Mandulis Energy ltd, GRS Commodities Ltd and Chapter Ten Ltd) after a competitive bid.

Description of the technology

A gasifier is a system that converts solid biomass into a gaseous fuel. Biomass fuel fed into a gasifier undergoes a series of thermal and chemical processes to produce producer gas. The syngas generated is cleaned and fed into a reciprocating engine which drives an alternator. Maize, wood shavings, rice husks, coffee husks and any other wooden biomass can be used as fuel for the gasifier. The current gasifiers installed are rated 32 kWe and each have a potential to supply power to up to 500 rural households. Gasifiers can be used for powering agriculture in off grid areas and bio char from the gasifier can  be used to produce charcoal briquettes as an alternative to charcoal and as a soil conditioner.

With 30% of Uganda’s economy depending on agriculture and 80% of the population employed by the agricultural sector; biomass gasification would be an appropriate alternative to grid extension.